India is the world’s second largest producer of Rice. India produces 98 million tones of paddy. The Cultivation of Paddy results in 2 major Residue with roughly 130 million tones of straw & 100 Million tones of Husk. Of this, mostly burned in the fields, though a small amount is also consumed by brick kilns and paper and packaging industry. Both Rice Straw and husk are excellent potential of energy. Rice husk & straw utilization is well-proven in industrialized countries of Europe and North America   But in India despite huge amounts of rice Straw and Husk generation, farmers are yet to realize the potential usage of this agro-waste in terms of energy as a profitable raw material for various industries.

The importance of Rice Husk and Rice Straw as an attractive source of energy can be gauged from the following statistics: 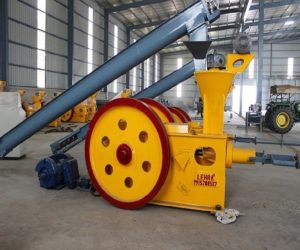 Rice husk is the most prolific agricultural residue in rice producing countries around the world.

We at Lehra with continuous hard work our R&D time has set a new Mile stone in Renewable Energy by Manufacturing 100% RICE husk Briquetting Machine.  The newly Developed Chipper Shredder Chips the Rice Straw less than 8MM and then can alone be briquetted 100%. This Briquette Press is Very useful to those power generating plants which are trying to generate electricity directly from Rice straw.